Start typing and press
Enter to search
Skip to content

I admit I don’t get a request to sew on satin covered buttons very often.

They are usually seen on wedding dresses or other bridal items.

The button is covered in white satin on one side and has a softly padded shank on the other.

As you know, my daughter is getting married soon and she wanted me to add satin covered buttons to the back of her dress.

I thought I could run down to the local fabric store and buy a pile of them.

They don’t carry them.

Thankfully, they were available in the big city 75 miles away.

Some of you buy them on the internet.

Here’s a link to buy satin covered buttons from various vendors on Etsy. The prices are very reasonable.

I thought of that, but I wanted to make sure they’d match the dress closely as her dress is not a bright white, but a cross between white and candlelight.

I took a swatch of the fabric to match and wouldn’t you know, they had a bag of bright white ones and a bag of candlelight!

So I chose the candlelight color because the bright white made the dress look dirty.

Have I lost you in the details yet?

The owner of the store (they’ve been in business 50 years this year!) told me to figure two buttons per inch, and a few extra for the bustle, (that’s if she chooses an over bustle.)

You can see how I did that in the photo below:

To begin, use one long continuous double thread to sew them on.

Be sure and put a good knot on the end of the thread and come up from the back of the dress with your needle. I’m doing this because I want to hide that knot.

Make sure your knot doesn’t get in the way of the zipper.

Using one long continuous double thread saves me major time sewing on the buttons one by one.

Do you see how I sew these on?

I’m making my stitches through the dress, not letting my needle go to the underside and show. If you flip it over, all you’ll see is zipper tape and no stitches.

Does this make sense?

Then, I push the needle into the button shank making sure it is horizontally inserted. I want that button laying as flat as possible against the dress. And I run the needle as close to the shank as possible…going through the thickest part of the shank., as seen below:

Here’s a side view of the buttons after stitching them on:

Then, repeat the process, following the photo below. Do you see that you backtrack about 1/4″ with that current button before pushing your needle to the next button spot? You are bringing that needle up a little past the point of the next button placement:

Push your needle to the back of the dress and knot it securely.

Halfway through the sewing, I poked my finger with the needle by accident.

I drew a little blood.

Do you know how to get blood off your wedding dress?

There are all kinds of chemical solutions out there, but the very best solution I’ve found is….

In the photo below, on the middle button, you can see where I have already dabbed a bit of my saliva on the blood stain.

It was bright red, but now it’s pink. Sorry, I know that sounds gross. But, when it happens to you, you won’t forget the remedy!

A little bit more saliva and the stain is gone! (I’m not kidding! See the second button from the left):

In the above photo, look at the third button over from the left.

That one is not the one that had the blood stain!

This button has a flaw. It looks like there are wispy little threads under the surface of the satin. I didn’t want to take the risk of ruining the button by trying to remove them because, unfortunately, I only bought just enough buttons to do the project, so I had to use this one somewhere in the lineup.

I also didn’t want to drive 75 miles for another button or shop online and wait for it to come.

I’m glad it’s not on the front of the dress.

See how easy it is to sew on a set of covered buttons?

P.S. If your buttons have a metal shank, you sew them on the exact same way, but your stitch to hold them on would not be a full 1/4″. You could do it with a much smaller stitch.

If you are sewing on buttons that don’t have a shank, here’s a post on how to sew on buttons with a thread shank.

27 replies to How To Sew On Satin Covered Buttons

If you have sewing related questions, click on the magnifying glass icon on the upper right side of any page. Then, type the topic you're interested in into the search box. Titles of the written posts will appear on one or more pages. Just click on the title to the posts that are related to your topic. There are over 100 posts, and more to come! If you still have questions, please email me at TheSewingGarden@gmail.com Please be sure to send me a photo of the garment or item along with your questions. It helps me to see what you are describing. That way, I can give you a more complete answer to your sewing dilemma. Thank you! 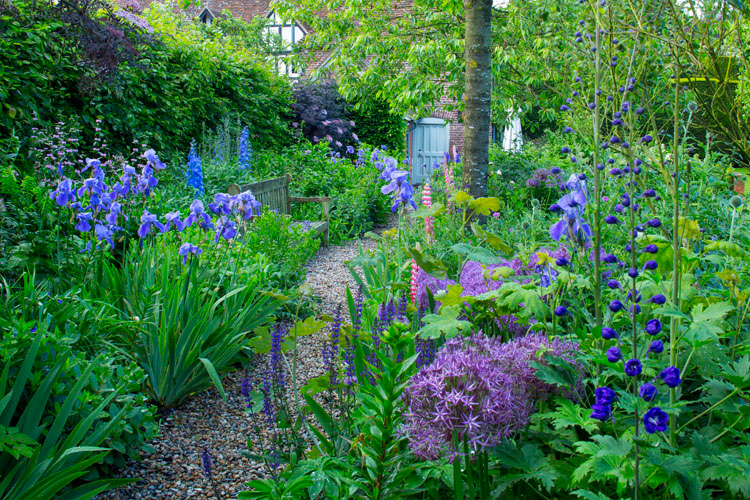